Thanks to Raja Mani, AWS Solutions Architect, for this great blog that describes how federated users can access AWS CodeCommit. — You can access repositories in AWS CodeCommit using the identities used in your business. This is useful because you can reuse your existing organizational identities and authentication methods. In this blog post, we’ll focus. Blog Post: DevOps just got a whole lot easier with Opsgenie and AWS CloudFormation Registry and CLI. Opsgenie is a proud launch partner of the AWS CloudFormation Registry and CLI, an extension of CloudFormation. Users can now leverage Opsgenie’s support to better their IaC capabilities in their AWS.

Do you have “single sign-on” for your Amazon Web Services accounts, but need to set up your computer to talk to their CodeCommit git repository hosting?
If you have Windows, Python, and Git installed on your computer, here’s how you can do so without messing up any other plain-old-username-and-password repositories you connect to!

I didn’t figure any of this out – I’m just transcribing it “for dummies”
(i.e. my future self when my computer gets replaced).

Here’s the guts of what we’re going to do to tell Git how to talk to Amazon:

Not everything is covered here. I’m going to presume you have the experience necessary to do the following things on your own and that you have admin access to your computer to facilitate software installation:

Getting the URL for your repository 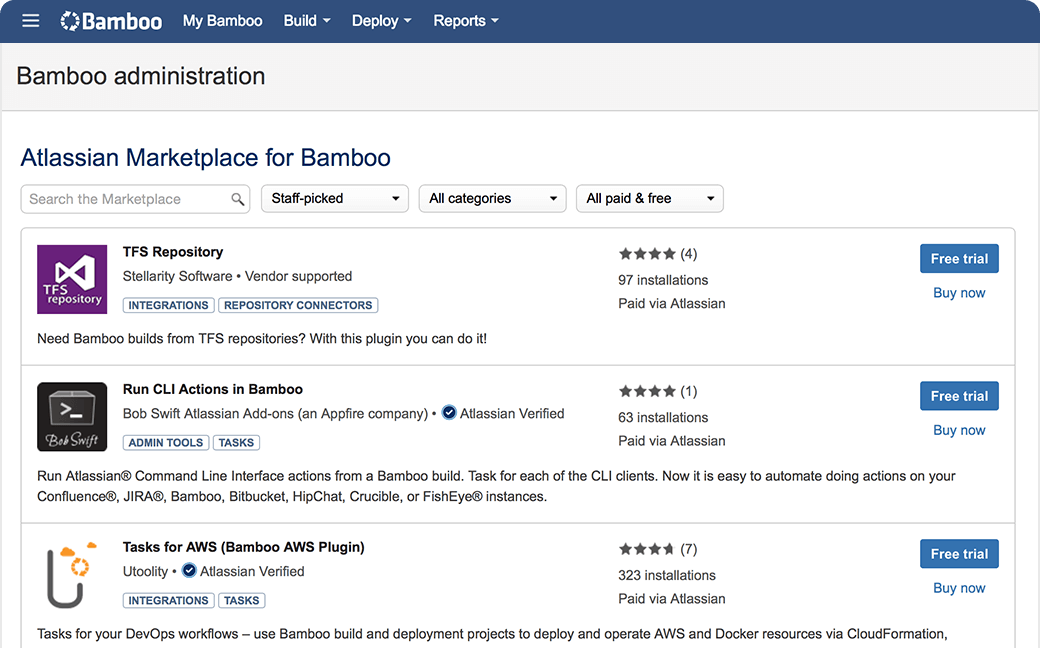 Install Git & SourceTree on your computer, if you haven’t

Test that your Git setup is working with some “ordinary” remote repository you’ve already had working in the past.

Get all that sorted out if even that doesn’t work.

You’re going to need to edit your “global” GitConfig file to include these lines:

Mine was stored in the C:usersMY_USERNAME folder, and was a file called .gitconfig

Test your git setup with “ordinary” remotes again to make sure you didn’t break anything.

(Close & re-open SourceTree after saving your GitConfig contents and before testing.)

Instead of “helper = ,” you can say “helper = wincred” for GitHub and BitBucket if you don’t want the Git Bash to prompt you for a password every time you do a fetch, push, pull, clone, etc.

If you ever realize you regret storing your password for a given account in the Windows Credential Manager, just type the Windows Key, start searching “manage windo…,” and click the Control Panel app “Manage Windows Credentials.” You can go through the list and delete your credentials against a given repository there.

Getting an hourly token from AWS

Tim Sullivan built a handy Python script that lets you fetch a fresh credential from AWS and dump it onto the part of your hard drive that AWS’s “command line interface” tool looks for such things, called “aws_saml_auth.py.”

(You’ll need to edit the value of idpentryurl on line 34, as the script on GitHub is tailored to the employer he was working for when he wrote the script.)

I don’t have “Python” added to my path, so running a given Python script from my command line looks a bit absurd right now:

If I put Python into my Windows “PATH” environment variable and executed the command from within the same folder that I’d put “aws_saml_auth.py,” I could have simply executed the following command:

Presuming my Python installed has all the modules that “aws_saml_auth.py” refers to installed (look up pip install), running this script on a command-line interface should ask me for my username & password (it’s my single-sign-on credentials for checking my work e-mail … with the “@CompanyName.com” at the end of the username).

If I type the correct values, I’ll see the following output, telling me that there’s a new folder on my hard drive under C:UsersMY_USERNAME called .aws with a file called credentials(no file extension) in it whose contents will be good for signing into Amazon for the next hour (after which, I’ll have to run this Python script again to generate fresh contents for “credentials“):

You’ll need to to run this Python script once an hour or so.

Therefore, you might find it handy to add a command to your command-line environment called “awslogin” as a shortcut to pull up the username & password prompt any time you notice “git fetch,” etc. isn’t working against an AWS-hosted repository that uses “federated” login.

My colleague set it up as a command called “login” that only worked within the “Git Bash” command-line interface by going to C:Program FilesGitusrbin and creating a new file in it called “login” (no file extension) whose contents are:

(In his case, he had saved “aws_saml_auth.py” into C:Program FilesGitusrbin, and “python” was part of his PATH.)

Now we need to install the AWS CLI so that Git’s attempt to execute the command “aws codecommit credential-helper” actually works.

Otherwise, Git Bash / SourceTree will dutifully follow our instructions to “use the command ‘aws’ instead of username and password for AWS CloudCommit remotes,” then “fall back” to prompting for a username & password (which won’t work, because Amazon doesn’t allow that for “federated” logins).

Let’s download the AWS CLI installer, install it, and add “aws” to our PATH environment variable.

In my case, the AWS CLI installer took care of the PATH environment variable for me: it added C:Program FilesAmazonAWSCLIbin to the system-wide PATH.

If I open up a standard Windows command prompt (Windows key -> type “cmd” and hit Enter), and if I type “aws --version,” I get an answer about what version of the AWS CLI is installed on my computer.

However, Git still doesn’t quite understand what “aws” is supposed to mean.

I can see that I have this problem because if I open up the “Git Bash” CLI and type “aws --version,” I got an “aws: command not found” complaint.

To fix that, I added a file called “aws” (with no file extension) to C:Program FilesGitbin whose contents are: 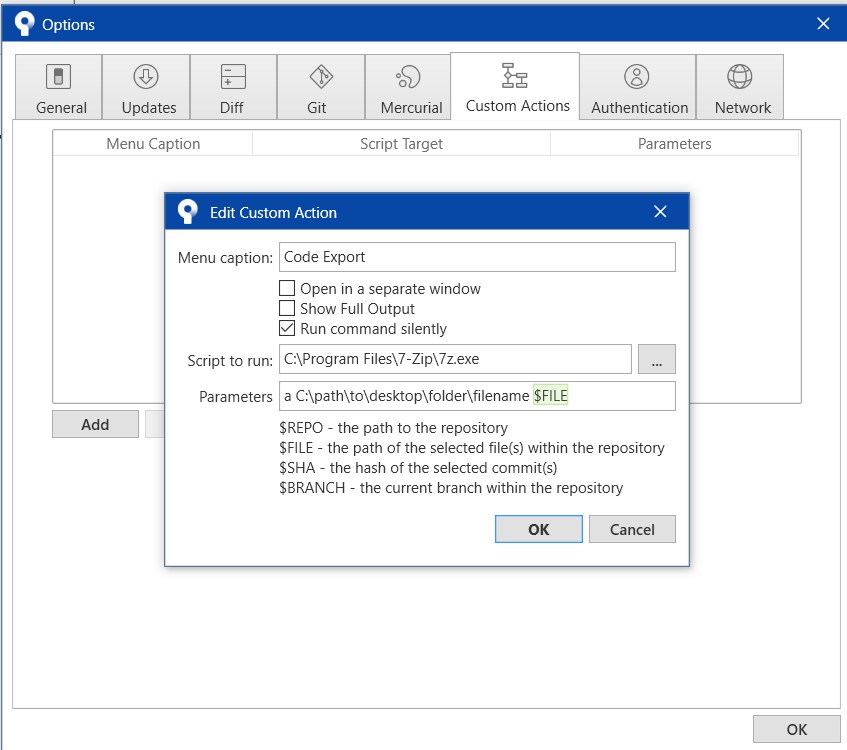 I think that’s what made it suddenly start working, anyway.

I’m a little nervous that isn’t it, because now that I’ve gotten it working, if I erase the contents of this file, aws --version still works.

Anyway, as soon as “aws --version” works from the Git Bash CLI, I should be good to go!

Unfortunately, getting all this set up and blogging about it took so much troubleshooting to figure out, my 1-hour credentials from Amazon expired, so I may need to run “aws_saml_auth.py” from a command line again and update the contents of c:usersMY_USERNAME.awscredentials with a fresh token.

Expired credentials looked like this when doing a git fetch --all in the Git Bash CLI against a repo I’d gotten everything working for earlier:

In SourceTree, right-clicking on “origin” beneath “Remotes” in the left-nav and clicking “Fetch from origin” gave me the following error:

A successful fetch in the Git Bash looks like this:

And in SourceTree, the progress bar just goes away, unless you have “Show Full Output” checked, in which case the output looks like this:

Of course, it was a bit presumptuous of me to presume you’d be doing a “git fetch” – that implies you had a remote-local pair set up in the first place. :-)

Remember that URL we got from Amazon waaaaay back at the beginning?

Let’s set up 2 local repositories on our computer, each using it as a “remote” – one with the “Git Bash” CLI (or with our Windows CLI if we set it up to be able to execute “git” commands when we installed Git), and the other with SourceTree.

The output should look something like this, and you should have a new c:exampleaws_test_1 folder on your computer. There should be files in it, if there were files in the remote.

If you don’t check the “Show Full Output” checkbox of the progress bar, it might just disappear when done. But if you do, its log will look something like this:

In the left nav, if you click “Branches” and click “master” (or whatever your branch is called), you should be able to see the full commit-log history from the remote copy of the repository (that is, AWS), presuming there is any history.

You should have a new c:exampleaws_test_2 folder on your computer. There should be files in it, if there were files in the remote.

to the Git config file.

However, on execution the aws codecommit credential-helper will prompt for entry of an MFA code periodically (when the previous MFA code has expired). Currently, there is no method to handle this situation through the SourceTree GUI. Instead, one has to call

from a shell to authenticate when cached credentials have expired. Only then interaction of SourceTree with AWS CodeCommit is possible (again).

Please provide a way to deal with the MFA code prompt as a user in the SourceTree GUI. For example, show a popup dialog for entering the MFA code when required and feed it back to the credential helper.

Votes:
0Vote for this issue