The M41 is an interesting machine. You either love it or hate it and it seems to symbolize the US grind from tier IV and up. Decent machine, but horrible m. This vehicle is far worse than M41 BR 6.0 in about every aspects,have anyone in the dev team test this thing before it is out here? In comparison,the only advantage leKPz M41 has is the smoke launcher,HEATFS and a 50 cal. Stock ammo with APCR and no smoke round for a tier 4 recon vehicle,what's the point? I gonna pass on this one until they fixed it,the only vehicle I don't grind for the modules.

Designed in 1949 the M41 Walker Bulldog was developed for armed reconnaissance and was marketed successfully to the US army as a replacement for the aging M24 Chaffee , the M41 received the designation Little bulldog but it was later changed to Walker Bulldog after General Walton Walker died from a jeep accident.

The M41 was the first postwar US light tank to see worldwide service some were even exported to asia.

The development of the M41 was slow until the outbreak of the Korean war, when the US demanded for more tank it was rushed into production , which led to some technical problems , adding up with cramped environment of the tank, it was given somewhat mediocre reputation among US tanker. The M41 was considered too large in comparison to the M24 for reconnaissance use.

Funding for the M41 program was slashed, and more focused on the M47 instead.

It production came in a halt in late 1954, and not in US service long before being replaced by the M551 Sheridan during the 1960s.

The M41A1 has very good mobility and low silhouette, making it a good flanker, it gun reload very quickly for it BR and APDS shell can pen the upper front plate of panther with ease. 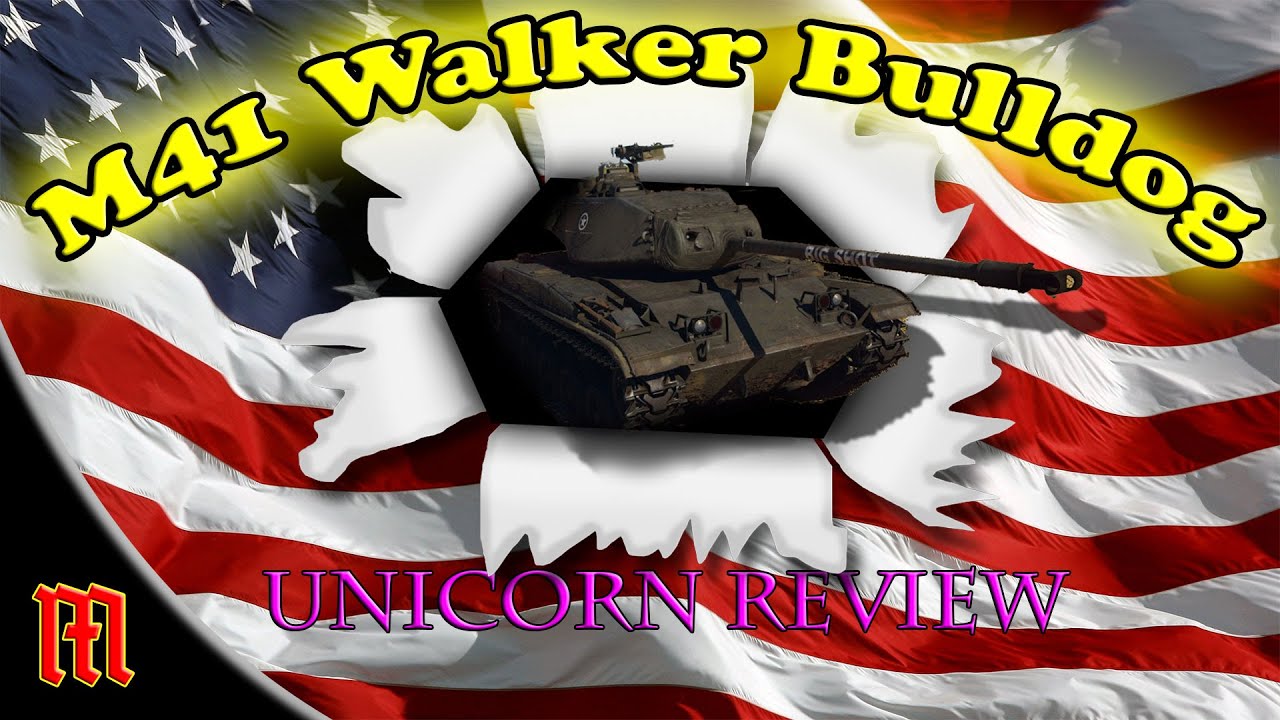 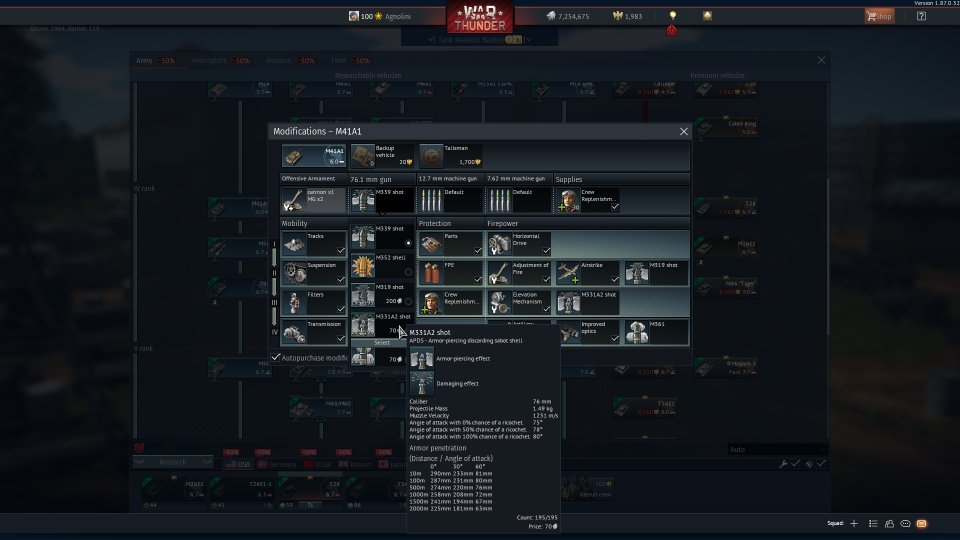 Nice reverse speed, so you can withdraw quickly after shot.

It's armor is not thick enough it can still be killed by SPAA easily, ammo rack is located at the front, it have first-stage ammo so you have to pause so that you will not suffer from reload penalty.

4 crew member it can be one shot very easily.

Only use solid shot only. 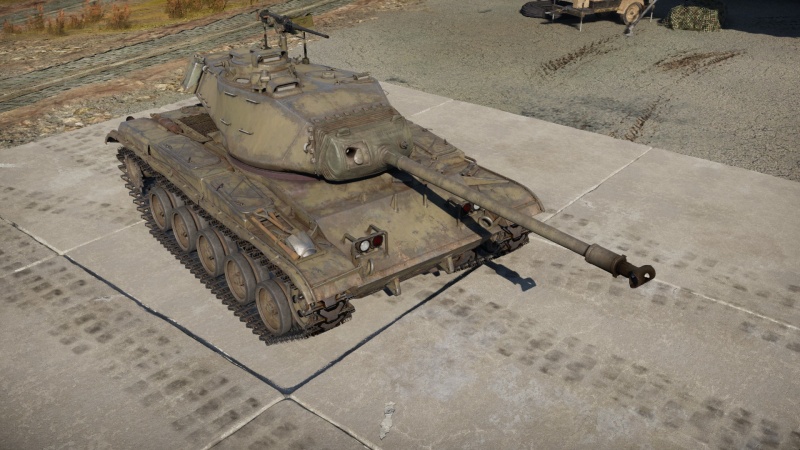 Scouting mechanic can be used as a rangefinder if you use the minimap some info about here:http://aminoapps.com/p/0ygctt

Use you mobility to flank and get to the enemy side.

Aim to the left of the turret (right from your side) that where gunner is usually at.

Either flank or ignore Tiger II when stock.

Find a good place to scout or snipe.

Use APDS against front amror use AP for side shot.

The M41A1 is a good tank when played carefully. It will be more fun when you unlock the APDS.

(Above stats is RB)