Exercises showed when well-flown, a MiG-23MLD could achieve favorable kill ratios against the MiG-29 in mock combat by using hit-and-run tactics and not engaging the MiG-29s in dogfights. Usually the aggressor MiG-23MLDs had a shark mouth painted on the nose just aft of the radome, and many were piloted by Soviet–Afghan War veterans. The MiG-29 can carry multiple types of self guided weapons and can reach over mach 2. The T-72 has VERY strong armor as it does use composite (even the base Ural model internally) giving it in the 380mm - 500mm equalivent protection from Sabot and HEAT warheads depending on the area.

The history of the Polish Air Force begins of the 11th of November 1918, when the country finally regained its independence after nearly 123 years of partitions. The top military command knew the importance of having a strong air force and the formation process began quickly. Because of the volatile situation in Central Europe after the end of the Great War, the new force quickly found itself in the fight during the Great Poland Uprising against Germany in the final months of 1918. It was then when the Poles performed the first combat bomber sortie (on the 9th of January 1919 Polish bombers attacked the Frankfurt airport to disrupt combat operations of the German Air Force against the military in the Poznań region). At this time Polish Air Force was equipped with aircraft taken from the three conquerors – Austro-Hungary, Germany and Russia – such as the Fokker D.VII and the Albatros D.III. In 1920, the Polish Air Force found itself in combat again – this time on the East against the Soviet Union. Polish pilots, along with US volunteers from the „Kościuszko Squadron” led by Merian Cooper, were mainly engaged in close air support and reconnaissance sorties. After the Polish-Soviet War, Poland quickly began to modernize the Air Force. Old German and Austrian designs were replaced with more modern French aircraft, such as the SPAD 61C1. Poland was not content, however, with only importing aircraft. Polish engineers began developing new machines, which would later form the backbone of the Polish Air Force. One of the most famous engineering duos of the interwar era were Franciszek Żwirko and Stanisław Wigura, whose RWD-6 aircraft won the Challenge 1932 contest. Their careers were , however, cut short by an aircraft accident on the 11th of September 1932, in which they both died. Another famous constructor was Zygmunt Puławski, responsible for creating the „inverted gull wing” design, used in the famous PZL P.11 fighter.

In the advent of the Second World War most of the Polish aircraft were slowly starting to show it's age. The P.11 fighter was not a match for a modern Messerschmitt Bf109. Regardless of that, during the September Campaign Polish pilots, thanks to their piloting skills and training, shot down 126 German aircraft. Also, contrary to a popular myth, the Polish Air Force fought for as long as it could, as it managed to avoid destruction in the first days of the campaign.

Even though Poland has fallen, the pilots and mechanics of the Polish Air Force knew, that the war was not over. Mainly escaping to Romania, many of them managed to not get interned and reached France, where the government in exile found it's place. Most of the Polish pilots found themselves in French squadrons, however many recalled being treated with scorn and dislike, with French pilots blaming them for starting the war and dragging France into it. Overall, only one fully Polish squadron was created – the Groupe de Chasse 1/145 – however, it was equipped with obsolete Caudron C.714 „Cyclone” fighters. Other Polish pilots mainly flew sorties protecting French factories in so-called „chimney flights”, mainly on Morane-Saulnier MS.406 fighters. Overall, through the French Campaign the Poles flew 714 sorties with 53 confirmed kills, before they were forced to evacuate to the British Isles.

In England, the RAF was at first hesitant to let the Poles fly fighters. Many of the RAF officials declared that the Poles would only fly bombers – fortunately, this decision was not set in stone. While some pilots found themselves flying in British Squadrons, two fully-Polish units were created – the 302nd Fighter Squadron „Poznański” and the 303rd Fighter Squadron „Kościuszkowski”. After a short training period the Poles, flying on Hurricane Mk.I fighters, found themselves in the thick of the action during Battle of Britain. Thanks to their vast combat experience and training that emphasized constantly scanning the sky for targets and opening fire from the distances of 300 yards, the Poles inflicted huge casualties on the Luftwaffe from August to October 1940. Even though the number of 126 aircraft shot down was in reality closer to 60 victories, it still placed the 303rd Squadron as one of the top scoring squadrons of the battle. Many pilots of that particular unit became aces, and names such as Witold Urbanowicz, Jan Zumbach, Mirosław Ferić and Witold Łokuciewski became widely known among Polish historians and enthusiasts.

In it's peak, the Polish Air Force in the West consisted of 10 Fighter Squadrons (302, 303, 306, 308, 309, 315, 316, 317, 318), 1 Night Fighter Squadron (307), 4 Bomber Squadrons (300, 301, 304, 305) and a Reconnaissance Squadron (663). The fighter squadrons mainly flew on Hawker Hurricane and Supermarine Spitfire aircraft, as well as on North American Mustangs in the late-war period. Bomber Squadrons were first equipped with Vickers Wellington bombers, and the 300th Squadron later switched to Avro Lancasters. The bomber squadrons took part in the Strategic Bombing of Germany, with heavy casualties. 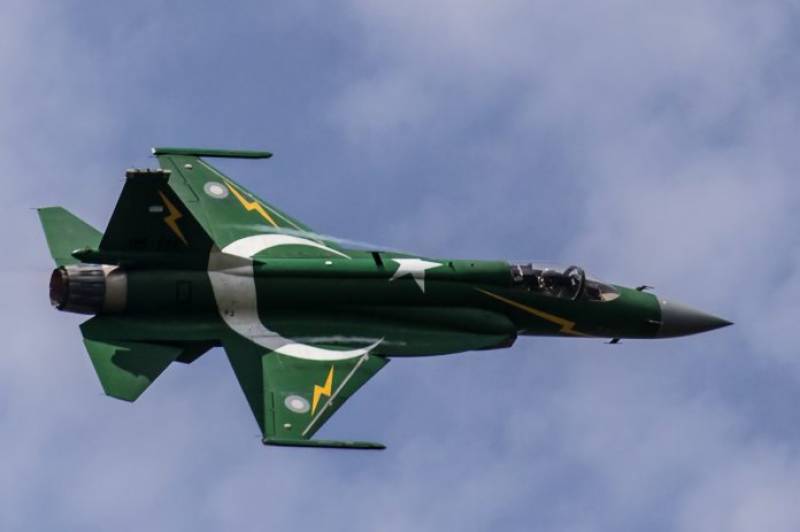 After the war, Poland found itself in the Soviet sphere of influence, after being liberated by the Red Army in 1944. The new Air Force received shipments of Soviet aircraft – starting with Yak-11 fighters and Pe-2 bombers, and later progressing into the jet age with MiG-15 and Il-28 jets. Today, Poland operates Lockheed-Martin F-16 multirole fighters, as well as post-Soviet MiG-29 fighters and Su-22 attack aircraft.

In honour of all brave Polish pilots who fought on all fronts, we will introduce the No. 303 ('Kościuszko') Polish Fighter Squadron insignia with one of the upcoming updates: