From datetime import datetime datetime.utcnow For your purposes when you need to calculate an amount of time spent between two dates all that you need is to substract end and start dates. The results of such substraction is a timedelta object. From the python docs. How can I get a date converted to seconds since epoch according to UTC? To convert datetime.datetime (not datetime.date) object that already represents time in UTC to the corresponding POSIX timestamp (a float). Python 3.3+ datetime.timestamp: from datetime import timezone timestamp = dt.replace(tzinfo=timezone.utc).timestamp.

An explanation of some terminology and conventions is in order.

If t is not provided, the current time as returned by localtime()is used. Locale information is not used by asctime().

Unlike the C function of the same name, asctime() does not add atrailing newline.

Return the clk_id of the thread-specific CPU-time clock for the specified thread_id.

Passing an invalid or expired thread_id may result inundefined behavior, such as segmentation fault.

Return the resolution (precision) of the specified clock clk_id. Refer toClock ID Constants for a list of accepted values for clk_id.

Return the time of the specified clock clk_id. Refer toClock ID Constants for a list of accepted values for clk_id.

Similar to clock_gettime() but return time as nanoseconds.

Set the time of the specified clock clk_id. Currently,CLOCK_REALTIME is the only accepted value for clk_id.

Similar to clock_settime() but set time with nanoseconds.

If secs is not provided or None, the current time asreturned by time() is used. ctime(secs) is equivalent toasctime(localtime(secs)). Locale information is not used byctime().

Get information on the specified clock as a namespace object.Supported clock names and the corresponding functions to read their valueare:

The result has the following attributes:

Convert a time expressed in seconds since the epoch to a struct_time inUTC in which the dst flag is always zero. If secs is not provided orNone, the current time as returned by time() is used. Fractionsof a second are ignored. See above for a description of thestruct_time object. See calendar.timegm() for the inverse of thisfunction.

Like gmtime() but converts to local time. If secs is not provided orNone, the current time as returned by time() is used. The dstflag is set to 1 when DST applies to the given time.

This is the inverse function of localtime(). Its argument is thestruct_time or full 9-tuple (since the dst flag is needed; use -1as the dst flag if it is unknown) which expresses the time in local time, notUTC. It returns a floating point number, for compatibility with time().If the input value cannot be represented as a valid time, eitherOverflowError or ValueError will be raised (which depends onwhether the invalid value is caught by Python or the underlying C libraries).The earliest date for which it can generate a time is platform-dependent. 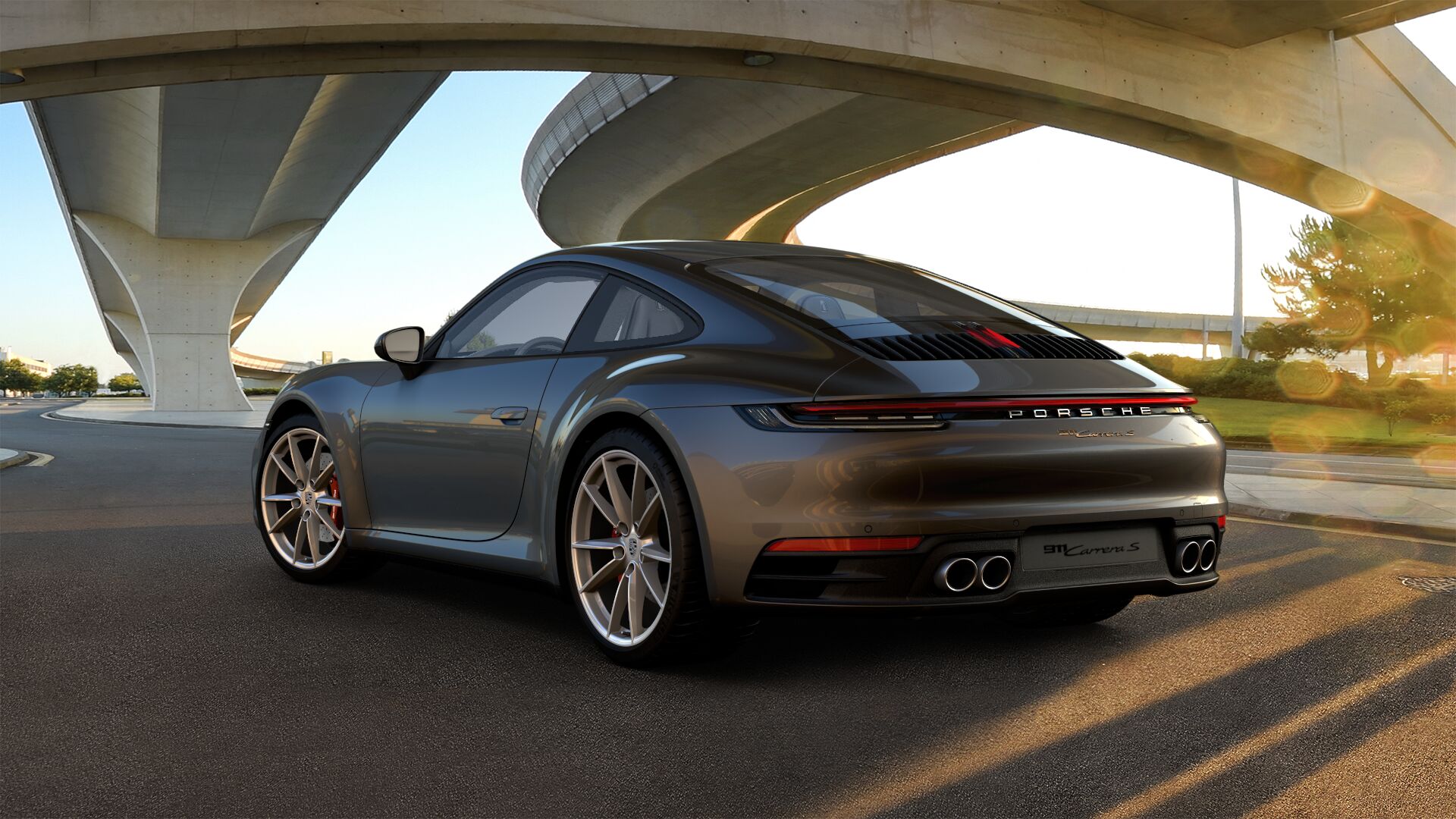 Return the value (in fractional seconds) of a monotonic clock, i.e. a clockthat cannot go backwards. The clock is not affected by system clock updates.The reference point of the returned value is undefined, so that only thedifference between the results of two calls is valid.

Changed in version 3.5: The function is now always available and always system-wide.

Similar to monotonic(), but return time as nanoseconds.

Return the value (in fractional seconds) of a performance counter, i.e. aclock with the highest available resolution to measure a short duration. Itdoes include time elapsed during sleep and is system-wide. The referencepoint of the returned value is undefined, so that only the difference betweenthe results of two calls is valid.

Similar to perf_counter(), but return time as nanoseconds.

Return the value (in fractional seconds) of the sum of the system and userCPU time of the current process. It does not include time elapsed duringsleep. It is process-wide by definition. The reference point of thereturned value is undefined, so that only the difference between the resultsof two calls is valid.

Similar to process_time() but return time as nanoseconds.

Suspend execution of the calling thread for the given number of seconds.The argument may be a floating point number to indicate a more precise sleeptime. The actual suspension time may be less than that requested because anycaught signal will terminate the sleep() following execution of thatsignal’s catching routine. Also, the suspension time may be longer thanrequested by an arbitrary amount because of the scheduling of other activityin the system.

Changed in version 3.5: The function now sleeps at least secs even if the sleep is interruptedby a signal, except if the signal handler raises an exception (seePEP 475 for the rationale).

Convert a tuple or struct_time representing a time as returned bygmtime() or localtime() to a string as specified by the formatargument. If t is not provided, the current time as returned bylocaltime() is used. format must be a string. ValueError israised if any field in t is outside of the allowed range.

0 is a legal argument for any position in the time tuple; if it is normallyillegal the value is forced to a correct one.

The following directives can be embedded in the format string. They are shownwithout the optional field width and precision specification, and are replacedby the indicated characters in the strftime() result:

Here is an example, a format for dates compatible with that specified in theRFC 2822 Internet email standard. 1

Additional directives may be supported on certain platforms, but only theones listed here have a meaning standardized by ANSI C. To see the full setof format codes supported on your platform, consult the strftime(3)documentation.

On some platforms, an optional field width and precision specification canimmediately follow the initial '%' of a directive in the following order;this is also not portable. The field width is normally 2 except for %j whereit is 3.

Parse a string representing a time according to a format. The return valueis a struct_time as returned by gmtime() orlocaltime().

The format parameter uses the same directives as those used bystrftime(); it defaults to '%a%b%d%H:%M:%S%Y' which matches theformatting returned by ctime(). If string cannot be parsed accordingto format, or if it has excess data after parsing, ValueError israised. The default values used to fill in any missing data when moreaccurate values cannot be inferred are (1900,1,1,0,0,0,0,1,-1).Both string and format must be strings.

Support for the %Z directive is based on the values contained in tznameand whether daylight is true. Because of this, it is platform-specificexcept for recognizing UTC and GMT which are always known (and are considered tobe non-daylight savings timezones).

Only the directives specified in the documentation are supported. Becausestrftime() is implemented per platform it can sometimes offer moredirectives than those listed. But strptime() is independent of any platformand thus does not necessarily support all directives available that are notdocumented as supported.

The type of the time value sequence returned by gmtime(),localtime(), and strptime(). It is an object with a namedtuple interface: values can be accessed by index and by attribute name. Thefollowing values are present:

In calls to mktime(), tm_isdst may be set to 1 when daylightsavings time is in effect, and 0 when it is not. A value of -1 indicates thatthis is not known, and will usually result in the correct state being filled in.

When a tuple with an incorrect length is passed to a function expecting astruct_time, or having elements of the wrong type, aTypeError is raised.

Note that even though the time is always returned as a floating pointnumber, not all systems provide time with a better precision than 1 second.While this function normally returns non-decreasing values, it can return alower value than a previous call if the system clock has been set backbetween the two calls.

The number returned by time() may be converted into a more commontime format (i.e. year, month, day, hour, etc…) in UTC by passing it togmtime() function or in local time by passing it to thelocaltime() function. In both cases astruct_time object is returned, from which the componentsof the calendar date may be accessed as attributes.

Return the value (in fractional seconds) of the sum of the system and userCPU time of the current thread. It does not include time elapsed duringsleep. It is thread-specific by definition. The reference point of thereturned value is undefined, so that only the difference between the resultsof two calls in the same thread is valid.

Similar to thread_time() but return time as nanoseconds.

Similar to time() but returns time as an integer number of nanosecondssince the epoch.

Reset the time conversion rules used by the library routines. The environmentvariable TZ specifies how this is done. It will also set the variablestzname (from the TZ environment variable), timezone (non-DSTseconds West of UTC), altzone (DST seconds west of UTC) and daylight(to 0 if this timezone does not have any daylight saving time rules, or tononzero if there is a time, past, present or future when daylight saving timeapplies).

Although in many cases, changing the TZ environment variable mayaffect the output of functions like localtime() without callingtzset(), this behavior should not be relied on.

The TZ environment variable should contain no whitespace.

The standard format of the TZ environment variable is (whitespaceadded for clarity):

Where the components are:

Three or more alphanumerics giving the timezone abbreviations. These will bepropagated into time.tzname

The offset has the form: ±hh[:mm[:ss]]. This indicates the valueadded the local time to arrive at UTC. If preceded by a ‘-‘, the timezoneis east of the Prime Meridian; otherwise, it is west. If no offset followsdst, summer time is assumed to be one hour ahead of standard time.

Indicates when to change to and back from DST. The format of thestart and end dates are one of the following:

On many Unix systems (including *BSD, Linux, Solaris, and Darwin), it is moreconvenient to use the system’s zoneinfo (tzfile(5)) database tospecify the timezone rules. To do this, set the TZ environmentvariable to the path of the required timezone datafile, relative to the root ofthe systems ‘zoneinfo’ timezone database, usually located at/usr/share/zoneinfo. For example, 'US/Eastern','Australia/Melbourne', 'Egypt' or 'Europe/Amsterdam'.

Identical to CLOCK_MONOTONIC, except it also includes any time thatthe system is suspended.

This allows applications to get a suspend-aware monotonic clock withouthaving to deal with the complications of CLOCK_REALTIME, which mayhave discontinuities if the time is changed using settimeofday() orsimilar.

The Solaris OS has a CLOCK_HIGHRES timer that attempts to use an optimalhardware source, and may give close to nanosecond resolution.CLOCK_HIGHRES is the nonadjustable, high-resolution clock.

Clock that cannot be set and represents monotonic time since some unspecifiedstarting point.

Similar to CLOCK_MONOTONIC, but provides access to a rawhardware-based time that is not subject to NTP adjustments.

High-resolution per-process timer from the CPU.

High-resolution per-process timer from the CPU.

Time whose absolute value is the time the system has been running and notsuspended, providing accurate uptime measurement, both absolute andinterval.

Clock that increments monotonically, tracking the time since an arbitrarypoint, unaffected by frequency or time adjustments and not incremented whilethe system is asleep.

The following constant is the only parameter that can be sent toclock_settime().

Nonzero if a DST timezone is defined. See note below.

The offset of the local (non-DST) timezone, in seconds west of UTC (negative inmost of Western Europe, positive in the US, zero in the UK). See note below.

For the above Timezone constants (altzone, daylight, timezone,and tzname), the value is determined by the timezone rules in effectat module load time or the last time tzset() is called and may be incorrectfor times in the past. It is recommended to use the tm_gmtoff andtm_zone results from localtime() to obtain timezone information.

Internationalization services. The locale setting affects the interpretationof many format specifiers in strftime() and strptime().

General calendar-related functions. timegm() is theinverse of gmtime() from this module.

The use of %Z is now deprecated, but the %z escape that expands to thepreferred hour/minute offset is not supported by all ANSI C libraries. Also, astrict reading of the original 1982 RFC 822 standard calls for a two-digityear (%y rather than %Y), but practice moved to 4-digit years long before theyear 2000. After that, RFC 822 became obsolete and the 4-digit year hasbeen first recommended by RFC 1123 and then mandated by RFC 2822.