Sourcetree No Changes In This File Have Been Detected

Special Thanks for new features

The documentation has been increased. While not yet complete it is covering the main screen and the configuration screen. The add / edit screens will be added later.

In my normal working environment I review multi-file changes selecting files or hunks to stage.

But this is nearly impossible with SourceTree, because the diff view keeps refreshing and every time it refreshes the file and line position and scroll position. For me, this is happening every 5 or so seconds. As you can imagine, many a swear word gets uttered during this process.

In my search for an answer, I've seen various bug reports for SourceTree that seem to get shuffled about and closed or not necessarily addressed. Ultimately there are three contributing factors:

Now although item 1 is not SourceTree's fault the consequences given 2 and 3 are really bad. With the greatest respect, there have been so many people who hit these issues that I would strongly suggest 2 and 3 are addressed. 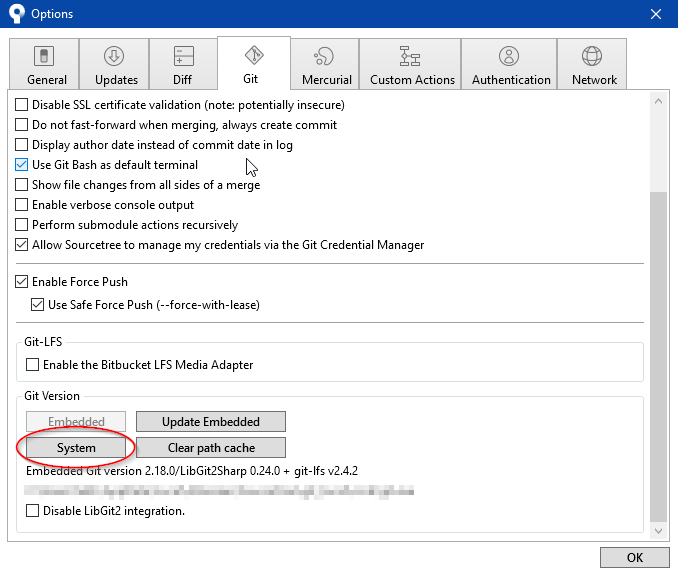 For item 1, I eventually found out what was the problem in my case. I develop apps using meteor (http://meteor.com) and in development mode it runs a mongodb database, which periodically writes diagnostic info (.meteor/local/db/diagnostic.data/metrics.interim to be precise). The whole .meteor folder is in my .gitignore file.

The simple answer of course is that I shut the meteor down while reviewing changes, but that is simply not a realistic option as it would destroy my productivity. I also haven't found a way to disable the mongodb diagnostics.

Sourcetree No Changes In This File Have Been Detected

SourceTree has the ability to disable automatic refreshes, and although this might seem like a great option - as a user it isn't. You only have to miss some changes that shouldn't have been submitted ... etc. and you may end up looking for another job.

One more workable compromise option would be to have an automatic refresh that only kicks in when the SourceTree app gains focus. For most people this would catch manual code changes.

Another suggestion is to have refresh still detect changes, and display a 'Changes detected. Refresh now.' button in the header/toolbar. So that the user is alerted, but not necessarily interrupted.

The best option of course is that file detection skips ignored files/directories (fix issue 2). It clearly should. I've seen a comment in one of the issues suggesting that it might be inefficient, but the consequences are too impactful not to, and the actual refresh has to do that check anyway (albeit inside git).

Maybe the git refresh (git status command at least) can be executed before fully committing to the UI refresh. If the existing view doesn't currently have that file, and the git status doesn't list it - ignore the file change. Even better, use the git check-ignore command which seems perfect for this scenario.

Alternatively, do the refresh in the background, and if the result is identical to the UI's existing state - return without changing anything.

Votes:
0Vote for this issue