The Type 74 (74式戦車, nana-yon-shiki-sensha) is a main battle tank (MBT) of the Japan Ground Self-Defense Force (JGSDF). It was built by Mitsubishi Heavy Industries as a supplement to the earlier Type 61. It was based on the best features of a number of contemporary designs, placing it in the same class as the US M60 Patton or German Leopard 1. Like these designs, it mounts the Royal Ordnance L7 rifled 105 mm gun. The design did not enter widespread use until 1980, by which point other Western forces had introduced more capable designs. It was followed by the heavier Type 90. Both the Type 74 and Type 90 are supplemented and will be eventually replaced by the new-generation Type 10 tank.

The JGSDF began studies on new tank designs with Mitsubishi in 1962, after the Type 61 had been shown to be outmatched by new Soviet tanks such as the T-62. Features from several designs were incorporated, including the controllable suspension of the US-German MBT-70 project, the hull of the Leopard 1, and a similar 105mm gun. The design included a rotating cupola for the commander, and a new autoloader for the main gun. Prior to the 1965 decision to design an entirely new tank, some technologies which would later be used in the STB-1 (first prototype) were already in development independently in Japan. The design was finalized in 1964 and various test rigs were built between 1964 and 1967. 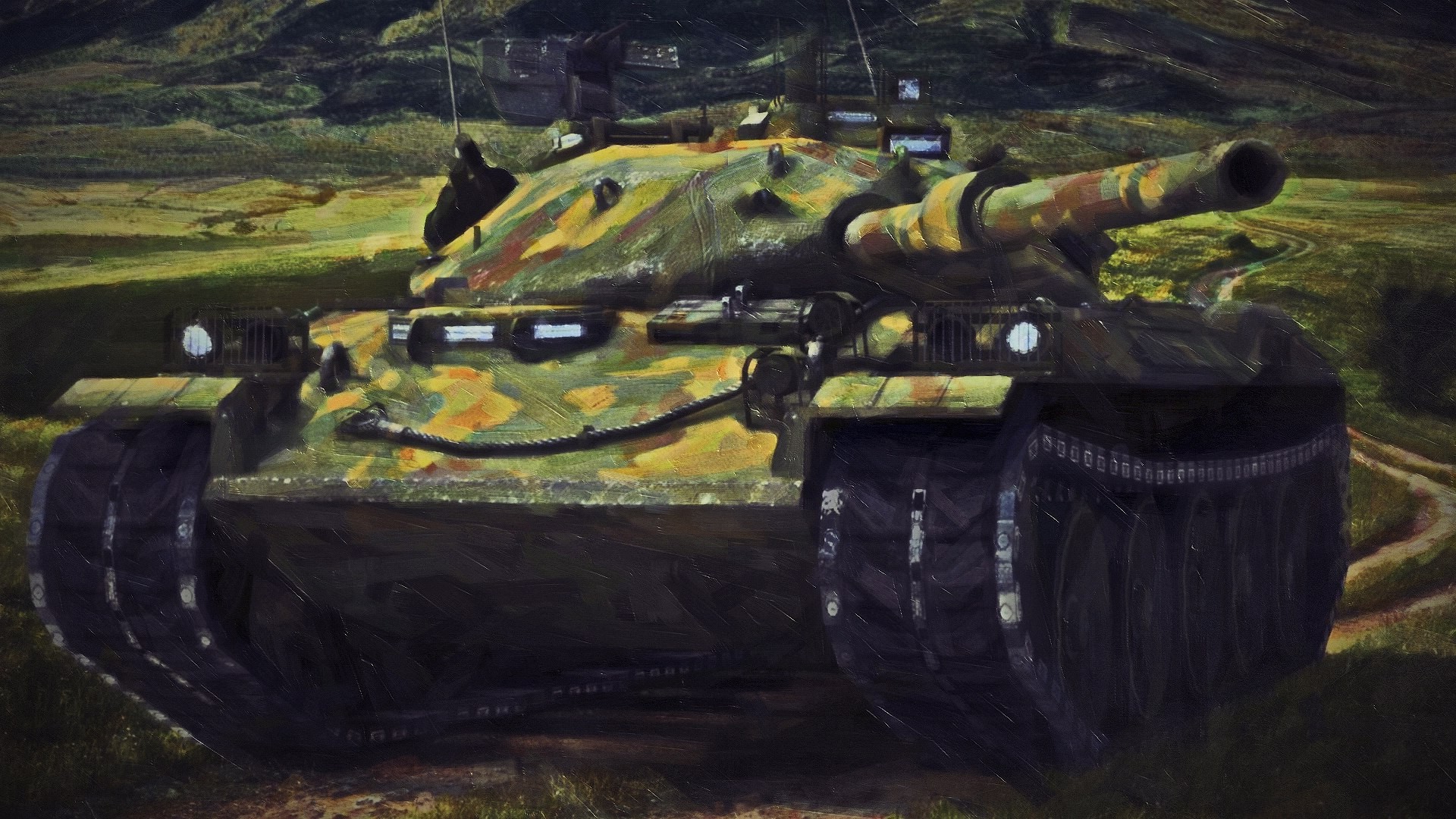 The first vessels had been designed to bear the 90mm M3 cannon, present in the Type 61, and ST-A1, revealing itself underpowered. Later in the development stage engineers opted to license the NATO standard Royal Ordnance L7 105mm cannon. Japan only produced the barrel under license, developing an indigenous mantlet, breech and recoil system. The full length of the cannon was 5,592 mm, for a total weight of 2,800 kg. Initially, the main gun only used APDS (Armour-Piercing Discarding Sabot) and HEP (High Explosive Plastic) as its primary ammunition. Later it was modified to fire APFSDS (Armour-Piercing Fin-Stabilized Discarding Sabot) and HEAT-MP (High-Explosive Anti-Tank Multi-Purpose) shells as well.

Instead of composite armour (as used on the later Type 90 main battle tank), the Type 74 adopted welded steel plates for hull construction, with sloped armour extensively used to defeat armour-piercing shells and other kinetic energy penetrators. It has frontal hull armor of 80 mm with an effective armor thickness of up to 189 mm for the upper glacis and 139 mm for lower glacis. Side armor is 35 mm, while rear armor is 25 mm thick.[citation needed] The cast steel turret has an estimated[clarification needed] 195 mm of armor. When compared to other second-generation MBTs, the Type 74 has more armour than a Leopard 1 (122mm and 140mm), but less than comparable Soviet vehicles such as the T62 (174mm and 204mm).[3][better source needed]

The first prototype, designated STB-1, was delivered in late 1968 and underwent a number of modifications until 1969. The autoloader proved too complex and expensive, and was removed, as was the remote-controlled anti-aircraft machine gun. The overall design of the turret was also changed, becoming longer. These changes resulted in the STB-3, which was delivered in 1971. The final prototype, designated STB-6, was delivered in 1973. Production finally started as the Type 74 in September 1975, with 225 being delivered by January 1980. Production ended in 1989, with total production running to 893 examples.

In service, the tanks were updated with the addition of infra-red imagers rather than image intensifiers for the commander and gunner, and a laser rangefinder in the commander's cupola. The gunner's position included a digital fire control computer, fed range data from the commander's range finder. Rounds for the main gun were upgraded from HEP to APFSDS and HEAT-MP.

The Type 74 was considered outdated even before it entered service. The Type 90 was to have replaced it outright, but with the end of the Cold War, these plans were scaled back. In 1993 four Type 74s were improved to the new Type 74 Kai (改) [Type 74 mod G (G型)] standard, adding a passive infrared camera and side skirts. The upgrade proved to be extremely expensive, and the program was abandoned.